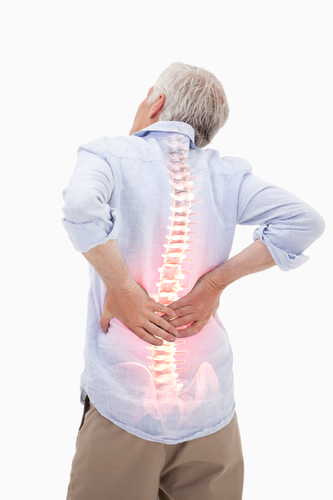 As a parent, one of your most important goals is to help your child have the best health possible. Early screening for scoliosis can assist you in achieving your goal.

Scoliosis is an abnormal lateral curvature of the spine of 10 degrees or more, causing a C-shaped or S-shaped curve, that affects approximately 3% of the population. The majority of those who have scoliosis begin to develop the condition early in adolescence with the onset often corresponding with pubertal growth spurts. Male and female gender differences should be taken into account since girls (age 10–14) begin this growth spurt and achieve skeletal maturity at a younger age than boys (age 12–16), therefore it can affect them sooner and is also more common in girls. Screening during these years is important when looking for and controlling spinal deformities. In rare cases, infants may show signs of spine curvature due to improper formation of the spine in the womb.

Early screening for scoliosis by a trained professional is important as scoliosis can go unnoticed in young people because it’s rarely painful in the early stages and, as with most health issues, the sooner it is caught, the more likely and easier it may be to fix. Fortunately, if caught before they become too severe, most curvatures of the spine can be treated without surgery.

Scoliosis can be broken into two main classifications: structural and functional. Structural scoliosis is considered fixed. This means the spinal twisting cannot be changed, though muscle tone around the area can be improved and possibly reduce progression. Functional scoliosis is more treatable and can often be completely reversed if caught early on. With this type, the changes in shape or structure are not permanent and are a secondary issue caused by another underlying condition.

Here are four of the most common curvature types:

Watch a Video Discussing the 4 common types, 2 classifications along with exercises I personally used to correct my scoliosis.

END_OF_DOCUMENT_TOKEN_TO_BE_REPLACED 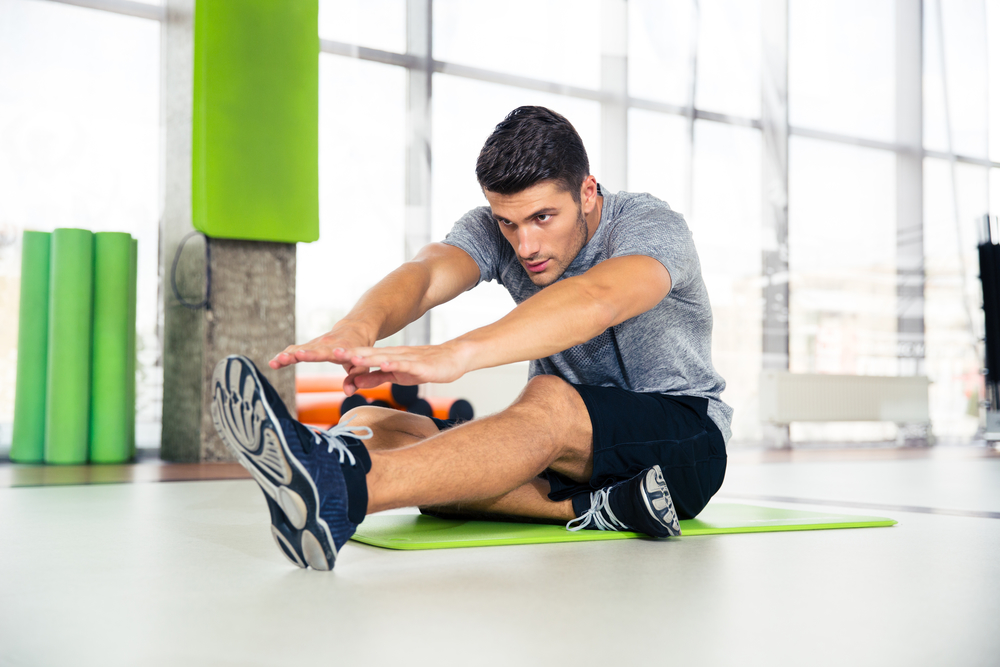 Stretching is a part of a good workout process.

Stretching, also called flexibility exercise, refers to one of the four types of exercises called the balance, strength, endurance.

END_OF_DOCUMENT_TOKEN_TO_BE_REPLACED 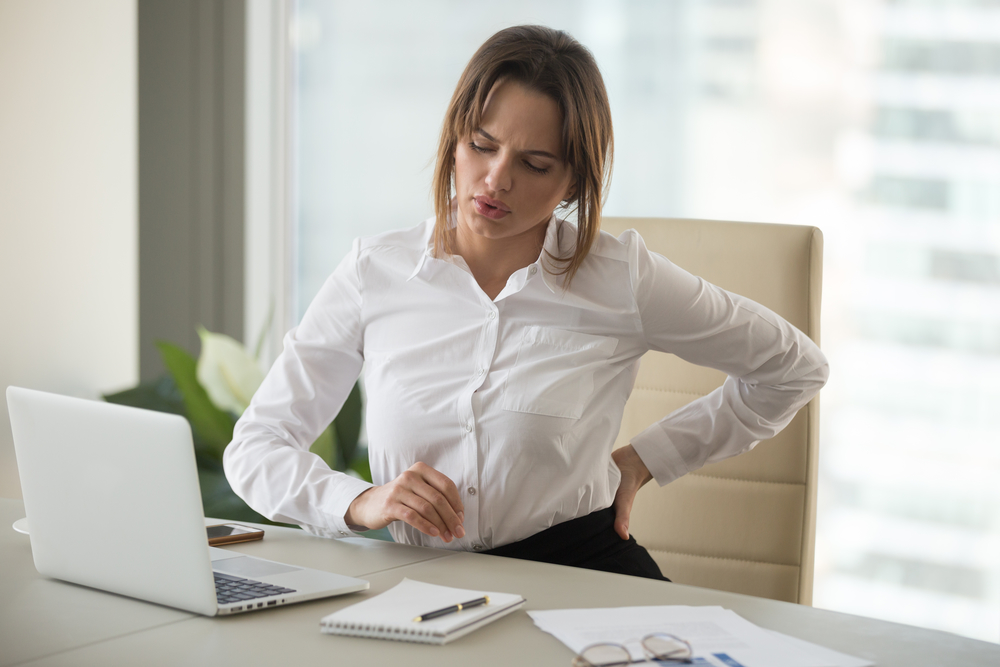 Comprehending the various symptoms present with lower back pain is vital in the diagnosis of an ailment. Importantly, it’s through thorough history, symptoms, and examination that an illness or medical condition can be appropriately diagnosed with a suitable treatment plan.

Notably, one of the more common low back conditions is known as Lower Cross Syndrome. This medical condition is also referred to as Pelvic Crossed Syndrome or Hyperlordosis, and it’s defined as a postural dysfunction that results in an increased arch in an individual’s lumbosacral area of the body.

END_OF_DOCUMENT_TOKEN_TO_BE_REPLACED 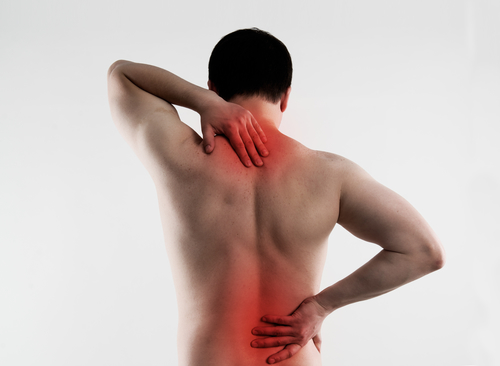 With the rising need for alternative treatment options for musculoskeletal conditions, it seems that the world is moving to the future—where the possibilities are endless. More technologies are now transforming the medical industry—giving hope to millions of patients and key industry stakeholders. For instance, Synergy Wellness Chiropractic & Physical Therapy in New York City takes advantage of this innovative, safe and effective technology, and the discovery of MR5 Active Pro with LaserStim has made it possible to treat different musculoskeletal conditions in the most convenient, effective way.

END_OF_DOCUMENT_TOKEN_TO_BE_REPLACED

Thousands of chiropractic and physical therapy facilities across the country, like Synergy Wellness Chiropractic & Physical Therapy located in New York City have seen a significant rise in headaches, neck and shoulder tension and pain caused by (UCS) Upper Crossed Syndrome. Many have heard the more recent term used; tech neck or text neck, referring to headaches, neck and shoulder pain resulting from poor posture from increased use of technology (i.e., laptops, tablets, smartphones).
The correct name for this condition or postural distortion is “Upper Cross Syndrome” (UCS).
Recent U.S. Census data finds that 71% of adults own a smartphone while 83% have a laptop or desktop computer. This translates to at least 3 hours of computer usage a day for the average adult. Short term effects of bad posture can include headache, neck pain, back pain, decreased work productivity and increased sick days taken. The long term effects can be much worse.

END_OF_DOCUMENT_TOKEN_TO_BE_REPLACED

The Healthcare You Deserve

The Healthcare You Deserve

Far too often in today’s healthcare system, patients are being let down by their healthcare providers. As the patient at Synergy Wellness Chiropractic & Physical Therapy in NYC, you deserve to be guided back to health appropriately and efficiently. Too many injured and ailing people are not being thoroughly evaluated, therefore not receiving appropriate conservative care, nor are they given a game plan to prevent the pain or injury from returning in the future. There are many types of ailments and illnesses, but for this article, we will be discussing musculoskeletal pain and injuries.

END_OF_DOCUMENT_TOKEN_TO_BE_REPLACED

In 2012, I was training for the Ironman US Championships in New York City held in August of 2012. Five months before the race I switched my running shoes from a Saucony Triumph to Saucony Kinvara, their new racing sneaker. I liked the colors better on the Kinvara, but the sales rep didn’t explain what I was getting myself into. Shame on me for falling for “the lightweight racing sneaker” bit. I should have known better, not only being a long time triathlete but a chiropractic physician as well.
Read on and let me spare you the unnecessary injuries ahead of time!

The running sneaker and sports apparel business changed sneakers drastically with the introduction of “Free” and “Minimalist” running sneakers. It’s important to understand the difference between these two and a traditional running sneaker and how it can affect your joints and performance. END_OF_DOCUMENT_TOKEN_TO_BE_REPLACED 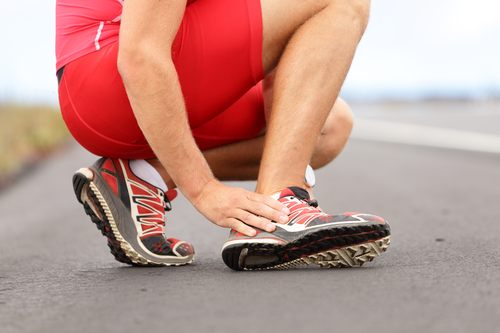 Why your flat feet are slowly damaging your knees, hips and lower back

The human body works as an intricate kinetic chain from the foundation up, and if one part of that chain doesn’t move or function properly, it eventually breaks down. Similar to the foundation of a skyscraper when damaged or imbalanced everything above shifts to compensate. Our feet are no different. Thankfully, our bodies can compensate more than a building, but it comes with severe consequences.

Millions of Americans suffer from chronic pain throughout their body caused by imbalances and instabilities in their feet, but today individually designed stabilizing orthotics are helping people live active pain-free lives. Stabilizing orthotics are designed for your body based on a laser scan of your feet, unlike the one-size-fits-all orthotics that don’t address your specific needs. END_OF_DOCUMENT_TOKEN_TO_BE_REPLACED