Dr. David Kulla graduated from Life University in Atlanta, Georgia with a Doctorate in Chiropractic. He earned a Bachelor’s Degree from Hofstra University in New York.  Dr. Kulla was very fortunate to be under chiropractic care before he started his doctorate program. While attending college, he interned with his professional mentors, helping to gain a wide range of therapeutic tools he would later use in a clinical setting. Working as a fitness trainer gives him great insight into injury rehabilitation and working with the disabled population has given him the compassion needed to be a well-rounded, successful Chiropractor in New York City.

He also holds several additional Certifications and Diplomas post graduate to help not only professional athletes, but weekend warriors as well. He has competed as an athlete in several sporting events, which gives him great insight and knowledge on sports injuries.

*Board Certification in Clinical Nutrition, -CN

At the age of 14, he was diagnosed with scoliosis and prescribed an ineffective brace to wear 23 hours a day. After a full year of wearing a brace, the x-ray revealed no change. A surgeon recommended back surgery after failed bracing, but his father wanted a second opinion. He took him to a chiropractor when he was 15 years old. For the first time, he was pain-free, and over a year later his scoliosis was straightened and corrected through Chiropractic and Schroth exercises.

Growing up in upstate New York he was a competitive swimmer from an early age, competing in the empire state games, junior Olympics ranking and swimming against the top junior swimmers in the country. At Hofstra University was awarded a Division 1 NCAA tennis scholarship, after a transfer playing in a Division 3 school for his sophomore year. In Chiropractic grad school, Keeping with his background in swimming he took on a new challenge when a friend dared him to do a triathlon. 15 years later and many triathlons completed, he decided to take on what would ultimately be the biggest challenge of his life an Ironman triathlon (2.4-mile open water swim, 112-mile bike, 26.2 Run)in under 12 hours in New York City.

In college, Dr. Kulla developed food and environmental allergies which sparked his interest in nutrition. Patients would often come to him with significant nutritional deficiencies, allergies, digestive problems, and skin issues. He decided to pursue further education in Nutritional Counseling because felt he could be of more help to his patients. His personal life experiences with the very symptoms he treats have made him a caring, compassionate and understanding healthcare practitioner.

All of life’s experiences and health challenges have helped him create, grow and improve what is now Synergy Wellness Chiropractic & Physical Therapy, Pllc. On 14th Street in New York City. Where chiropractic, physical therapy, and nutrition all play an essential roll in the health and restoration of the human body.

Also a proud volunteer for the Medical Reserve Corps, US Wellness Chamber Of Commerce, and a 14-year mentor for Big Brothers Big Sisters. 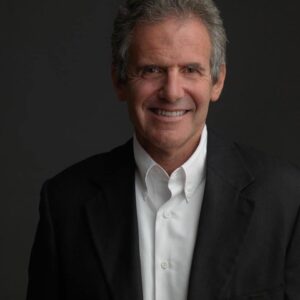 Spanning 35 years as a Rolfer™, William Kaye has the knowledge and tools to help you make the progress you’ve been looking for.

Specializing in helping clients with physical and emotional trauma, William has a track record of success with a continuously growing list of executives, celebrities, and recreational and professional athletes.

If you’re looking for help with an injury, want to improve your stubbornly poor posture, or need to free your body from deeply rooted emotional trauma, William has the experience to help you move forward. 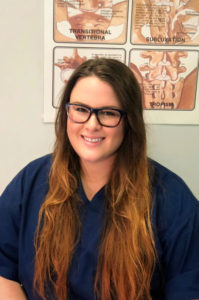 Samantha is our Front Desk Office Manager and is the friendly face you’ll see when you enter our practice. She graduated with her Bachelor’s degree from Alfred University, in New York. She joined our practice in 2018 and has a diverse background in corporate-level management, administrative assisting, case management, psychology, fine arts, and medical billing/coding/anatomy.

Her patience, compassion, and high work ethic have made her an asset to our practice. She has a passion for helping others and meditating to create a small, but powerful, sense of well-being.

“This is the real secret of life — to be completely engaged with what you are doing in the here and now. And instead of calling it work, realize it is play.” – Alan Watts

What Our Patients Say

Dr. David Kulla is a clinician of integrity with a strong sense of mission. His expertise in all things chiropractic have provided me with much relief for my chronic neck and shoulder condition.

Better than any doctor I've had in my life. Dr. Kulla was very thorough, insightful and encouraging. He has helped me tremendously relieving painful sypmptoms related to my scoliosis.

Thanks to Dr. Kulla's innovative Cold Laser treatment and Chiropractic care. He has helped me live a better quality of life with his gentle care.

A year ago I found Dr. Kulla, and with a mixture of cold laser and chiropractic care I am finally almost pain free. Thank you so much Dr. Kulla.

Synergy Nutrition has literally changed my life. I have been able to keep the weight off. Now I enjoy greens and luscious salads, salmon, and fish, and oh the fruit never tasted better.

Elizabeth Taub at Synergy Wellness helped me remove the blocks that prevented the changes that needed to occur...Wow, the power of the mind and body! Energy Healing really works.

I have been coming here for various injuries over the past 3 years. This place is wonderful, it’s like being at home to me. You guys are the best. Amazing people. Thank You!

Dr. David Kulla has always been friendly and professional. I appreciate his support and willingness to determine the best ongoing Health care program for me.

You've helped me more in four therapy sessions than my previous therapist has helped me accomplish in a year. No more anxiety and fears. Thanks Elizabeth. Synergy Wellness Mental Health is highly recommended.

I came to Synergy for physical therapy for a chronic injury to my left knee, and it has worked “wonders” for me. On my first visit to his facility, I discovered quickly that all of the staff was courteous, helpful and solicitous.

Want to see if you have benefits coverage with our office?  Enter your insurance info below to verify: