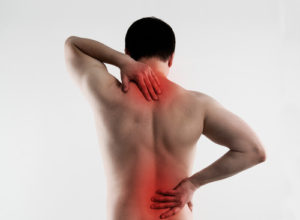 Scoliosis is near and dear to Dr. David Kulla’s heart, as it paved his way to eventually becoming a Doctor of Chiropractic specializing in the detection and correction of scoliosis without drugs or surgery. Now over 30 years later, as Clinical Director of Synergy Wellness Chiropractic and Physical therapy he is taking his experience as a young teen suffering with a scoliosis curve of over 24 degrees and helping others realize that there are alternatives to drugs and surgery for the treatment and correction of scoliosis in New York City.

Your spine is made up of 24 vertebral bones that stack on top of the other with a soft gel-like disc in between to form a straight line when viewed from front to back. When the spine curves laterally or twists excessively it’s considered abnormal, and called scoliosis (Greek for “crooked”).

In most cases of scoliosis, the cause is unknown; the vertebrae and spinal structure-discs, ligaments, tendons, and muscles-all appear normal. In a smaller percentage of cases, the scoliosis is caused by conditions such as a tumor, infection, neurological, cerebral palsy, muscular dystrophy, a birth deformity like disc problems or a short leg.

Most people with scoliosis can lead healthy lives, never even knowing that they have the condition. No one dies from scoliosis, but in severe cases, people living with scoliosis can have early onset arthritis, chronic pain, heart or breathing problems if the curve is severe enough. Milder curves also create early onset degenerative changes to the spine and discs.

Bracing And Other Treatment

Initial studies showed that curves straighten an average of 50% of the time with the correct brace. Not all braces are created equal. The more common braces like Milwaukee, Boston or Charleston braces do not work well. Dr.  Kulla wore a Milwaukee brace only to develop neck pain without any curve correction. Wearing a brace can often be emotionally scarring. There is a new brace called spine-cor, recommended for scoliosis cases with 25-45 degrees curve.

Scoliosis can lead to more serious health concerns over time especially if the curvature of the spine is severe. It is often overtreated almost as often as overdiagnosed, if your child is diagnosed with scoliosis, don’t accept surgical procedures or even bracing without first exploring all of the less radical treatment alternatives like chiropractic and Schroth exercises.

New research on scoliosis shows the links between a disturbance or defect in the nervous system that control posture, body balance, and positioning.

The purpose of chiropractic is to correct subluxations- a condition that interferes with the proper functioning of the nervous system and the body as a whole. Recent research is suggesting that a neurological defect may cause scoliosis reinforces the validity of the chiropractic approach.

Fred barge, Dc, in Idiopathic Scoliosis: Identifiable Causes, Detention and Correction, gives 22 examples of cases of adolescent idiopathic scoliosis with significant improvement with chiropractic. One report of 100 chiropractic patients revealed 84% improved. In 6.8% the correction was total; in 35.6% there was considerable correction; in 41.2% there was a small correction. While 16.4% showed no change or worsening of curves.

Individual cases vary. For example, a ten-year-old girl with severe scoliosis of 48 degrees began chiropractic care. After ten adjustments her mother reported a happier child, with higher resistance to disease and her scoliosis reduced to 12 degrees.

Only Chiropractic Doctors are specially trained to detect and correct subluxations – spinal abnormal that can affect not only the spine but the entire but Every person living with scoliosis should be under chiropractic care. A body without subluxations is in a better position to resist abnormalities and diseases of all kinds, including scoliosis.